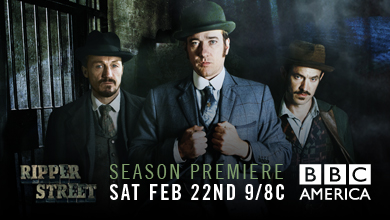 Season 2 – Episode 1: Pure as the Driven

Damian: Hi MyAnna and thanks so much for taking the time to tell us a little bit about tonight’s episode. Well, it’s been quite a ride! The first series of Ripper Street was a huge success and here we are again, less than a year later talking about the second – it’s been quite a turnaround hasn’t it?

MyAnna: This episode should bring Ripper Street crashing back into people’s living rooms. The scripts are action packed and existing characters and new ones have challenging and intriguing journeys for audiences to join them on… We’ve had so much fun returning to this world and these roles so we hope audiences enjoy it as much this time round as we have.

D: In all honesty, I had some initial concerns about how quickly Ripper Street was resuming production. Indeed, the last episode of series one was only broadcast in February (in the UK) and I believe filming began in April/May. However, having seen the first episode of series two, all doubts were quickly put aside within the first five minutes – it literally packs quite a punch doesn’t it?

M: Yes it does pack a punch. Richard Warlow doesn’t hold back nor does Tom Shankland our first block director. I think everyone felt there would be no point returning if we didn’t do so in a big way… 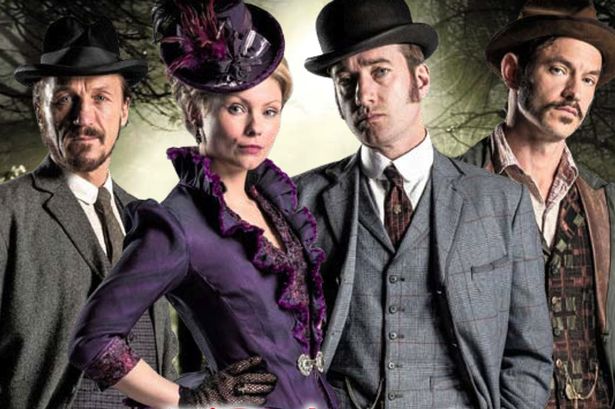 D: Was it difficult to arrange the schedules around filming, I mean Ripper Street has quite an impressive ensemble cast and you’re all very busy with other projects – not least yourself and Downton Abbey?

M: It worked out well… Agents and producers are very clever at juggling shooting schedules… Personally I like being busy doing things I love. And I love playing Long Susan and Edna.

D: Just between you, me and a couple thousand followers – we promise not tell either Richard Warlow or Julian Fellowes – what’s your favourite show, Ripper or Downton or is this like asking Sophie to choose between one of her children?

M: Don’t force me to do a Sophie! I love them both.

D: So, series two and you’ve no idea how many emails and tweets I’ve had asking when Ripper Street returns over the last year. There really is a huge fanbase for the show and its characters. Without upsetting the BBC and having them send the boys from H Division banging at my door, what can you tell us about Long Susan in the new series?

M: This season we get to witness Long Susan go through huge changes. Just as falling in love and marrying Jackson once upon a time set wheels in motion that would have irreversible consequences for her and her life, so does  what we see her go through this season change her forever… Two new characters in particular will effect her deeply.

D: There’s a beautiful scene between yourself and Captain Homer Jackson (Adam Rothenberg) in the opening episode but Susan is in quite a dark place isn’t she?

M: Jackson and Susan are very much together now- together trying to recreate some semblance of marital bliss the best way they know how. However, they are facing a serious economic crisis and Susan is being blackmailed by a vindictive Whitechapel gangster… He hangs like a dark, dangerous threat over her hopes for calm and happiness.

D: I must say that one of my favourite elements of the show are the scenes between Susan and Rose (Charlene McKenna). Charlene doesn’t appear in the first episode but can we look forward to more scenes with the two of you because you both have a wonderful chemistry together?

M: I love Charlene- personally and as an actress… So our scenes are always great fun to play and yes there will be more of those to come. Rose has a great story line this season…her and Susan are friends and there is a distinctly maternal sense of responsibility that Long Susan feels for Rose. She will go to great lengths to look out for her and help her achieve her dreams.

D: Long Susan always looks immaculate onscreen but she can get down and dirty with the best of them during a fight scene. Do you enjoy these action sequences as much as Susan seems to?

M: I do enjoy action sequences. As long as they are properly rehearsed. G our fight coordinator is so creative and supportive- the work he does on Ripper Street is fantastic. How a character reacts to threats, violence, attack tells you a lot about them, and Long Susan will not go down without a fight. 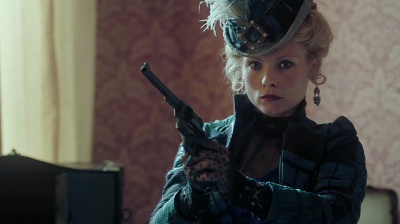 D: MyAnnna, it’s been an absolute privilege to speak with you – thanks very much indeed.

M: Thank you. Hope you and all your readers enjoy the next season!

On twitter? Ladies and gentlemen, welcome to Whitechapel. I’ll be your illicit guide through the dark and bloody RIPPER STREET…

Follow @RipperStreet and @MrDMBarcroft for more exclusive interviews and news!

Season 2 – Episode 1: Pure as the Driven