With thanks to “Save Ripper Street”

At 09:30 this morning, Amazon’s Prime Instant Video invited various members of the press to attend a conference at the Andaz Hotel, 40 Liverpool Street, London, where they made the announcement that Ripper Street would be returning for a much deserved and indeed demanded third series.

Series creator and lead writer, Richard Warlow, together with Matthew Macfadyen, Jerome Flynn and Myanna Buring formed part of the panel for a Q&A session after the announcement which was then followed by a photo call.

Today’s news was greeted with cheers from fans all over the world and it is of those fans that I wish to both address and applaud this evening. Ripper Street is returning because of the passion of its incredibly talented cast and crew, the commitment of Tiger Aspect Productions but also the unwavering dedication of its fanbase which has had an immeasurable influence over the decision to commission a third, and quite possibly – even a fourth series and beyond!

Firstly, we must acknowledge David Saunderson who started the petition which has received a truly staggering 40,277 signatures including 19k likes on facebook and tweeted 1,966 times – not to mention the incalculable use of the following hashtag on twitter: #SaveRipperStreet 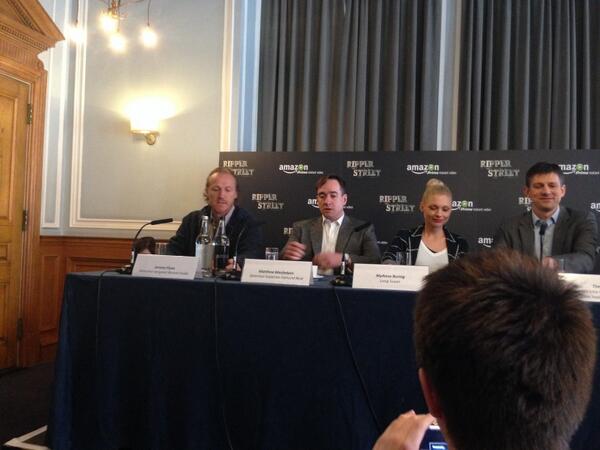 If you played any part of the phenomenal success of this or even created your own petition (there were quite a few!), wrote letters, emailed and phoned the BBC to voice your anger and disappointment of the shows cancellation, I hope you feel justifiably proud and that you share a special connection to Ripper Street and its beloved characters when it returns to our screens. Hard to believe I know, but yes, against all the odds, Ripper Street really WILL return.

Another factor in the phenomenal success of David’s campaign was the contribution of a certain twitter account but I’ll let @SaveRipperSt speak for itself and like many superheroes, one of its creators wishes to remain anonymous:

“The day we set up the @SaveRipperSt twitter account we were also going to set up an on-line petition to accompany it, but David Saunderson pipped us to the post so we immediately put our weight behind his.

As well as encouraging people to sign the petition, we flagged up ways of complaining to the BBC: by e-mail, telephone and — very regular — tweeting. We also did much to ensure that Ripper Street topped that Radio Times poll. Though we included fun photos, we always wanted our campaign to be professional — rather than taking the crazed-fan approach — and never personal or overbearing. Our tweets about ‘resorting to Plan B’ (with an accompany illustration of a Victorian mob outside the Beeb) and ‘readying the billy club’ did prove particularly popular, though…

We were fully aware from the outset that, regardless of whether we sat twiddling our thumbs or taking to the streets, Tiger Aspect (the production company) would be beavering away behind the scenes to try to save their show. So what was our role? On one level, it was to give the fans a voice. (And that included us!) It was a forum where we felt that we could do something and be heard and communicate with like-minded people who appreciate high quality adult drama when they see it. But, of course, it was more than that because, although our followers numbered little more than 2,000, our reach — via retweeting — far exceeded that, and people really DID complain to the BBC in impressive numbers, quite apart from the 40,000 plus signatures on the petition. So, we’d like to feel that we at least kept the BBC focused; their minds on saving Ripper Street.

And, in the end, we played our part. The BBC News website ended its report on the revival of Ripper Street by quoting one of our tweets: “We #SaveRipperStreet fans may have been little more than a flea in the ear of @BBCOne in the greater scheme of things. But WHAT a flea.” And The Telegraph said “as today’s events have proved, people power cannot be underestimated.”

So how do we feel? Glad that Ripper Street will be returning to our screens for another series because, in the end, that’s what it was all about: saving a series with such high production values, superb acting and standout writing. Welcome back, H Division.”

So, well done David, @SaveRipperSt and each and every one of you who made this possible – you are all now part of the history and legacy of Ripper Street and long may it continue.

For now, goodnight Whitechapel – best get some sleep as there is much work to be done… 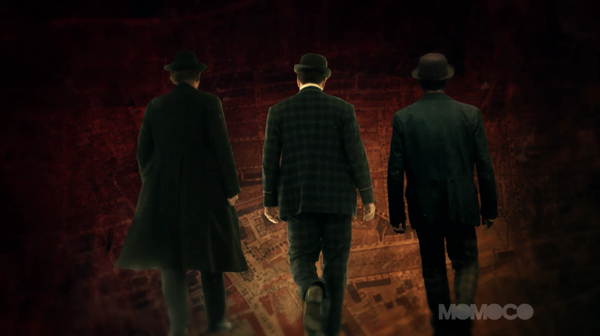