Damian Michael Barcroft talks exclusively to actress and model, Sarah Gallagher, a name to look out for in the future who has already achieved great success in Irish theatre and television. Sarah also has the distinction of being the very first victim in RIPPER STREET!

DAMIAN: Sarah, congratulations on being a part of Ripper Street history!

SARAH: Thank you. It feels wonderful to have been involved in such a great production. I am happy that I was a part of it and had great fun filming too.

DAMIAN: Obviously it was recently announced that the show would not be commissioned for a third series despite being a huge hit with many critics and a very loyal fanbase. What were your initial thoughts on the show’s potential when you first read the script? 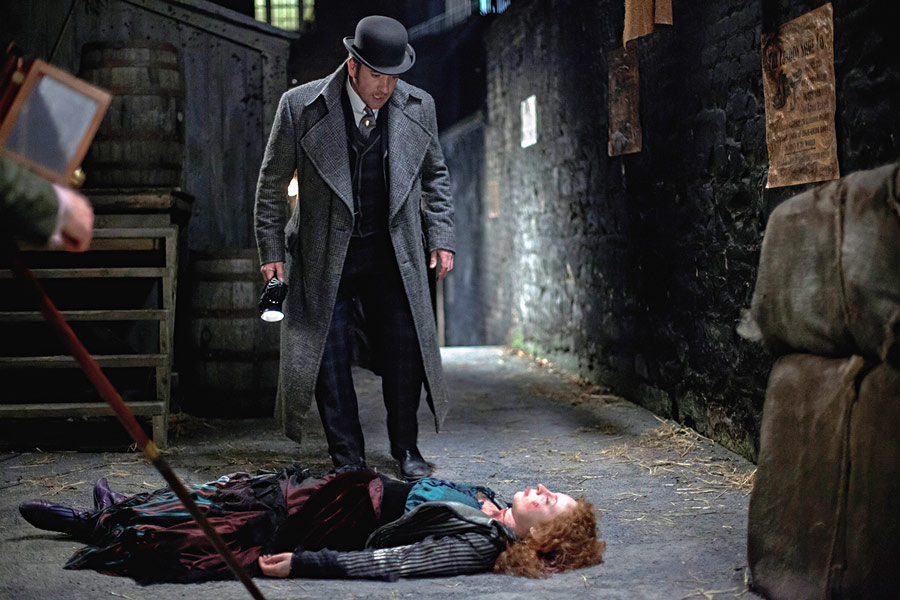 DAMIAN: Can you tell me a little bit about how you came to be cast as Maude Thwaites in the first episode of series one, I Need Light?

SARAH: Well firstly I was sent sides [DAMIAN: “Sides” are script excerpts used for audition purposes] for both Maude and Rose. When I read through I thought that the characters were very interesting and from that it made me excited about reading for the parts. I hadn’t met with Tom Shankland [Director] at the casting but was asked to come in and have a talk to him about the character of Maude. I could tell from meeting him and chatting that this was going to be a good production so I got on board.

DAMIAN: I can’t help but notice your stunning red hair which reminded me of Mary Kelly’s, the fifth and supposedly final canonical Jack the Ripper victim. Is this pure coincidence or was your hair colour and style a pacific requirement in the script or from the casting director?

SARAH: I think that the hair colour was in the minds of the director and the stylists. When I first read the sides for some of the characters, red hair was in their descriptions. And with the hair and makeup department, they had reference pictures and a lot of the women in those had red hair, so it seemed that the colour was something they were consciously thinking about.

DAMIAN: One of the show’s greatest achievements is the atmospheric production design, can you describe your first day on set?

SARAH: I was blown away by the sets on the first day. I remember wandering around Whitechapel, the facades were so real and they had constructed alleyways and interiors so beautifully and realistically. From that I knew it was going to be a production of very high quality.

DAMIAN: It is through the discovery of Maude Thwaites’ body in the grisly crime scene at the beginning of the episode that effectively hooks the audience and sets the tone for not only the first episode, but the entire first and second series, was it difficult to film those scenes particularly those that follow in the prison cell at H Division police station?

SARAH: Not at all, everyone on set was great. And of course so professional. It never felt uncomfortable or stressful. It’s a testament to the cast and crew who made everything run so smoothly. They could have been difficult scenes, but everyone on set made it a fun experience. 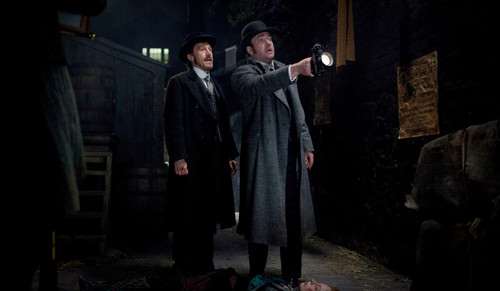 DAMIAN: The depiction of the horrific injuries to Maude Thwaites were eerily reminiscent of some of the original Ripper murders, how long did it take to apply the special makeup effects?

SARAH: I had seven pieces of prosthetics on my face, which were applied so excellently by the makeup girls. They took 4 hours every day to put on, it was all very relaxing. I actually quite enjoyed getting my makeup done. If I was filming a scene where I had to be naked then two people would work on me, one for the prosthetics and one for the body makeup, to make me look dead.

DAMIAN: I presume that Matthew Mcfadyen, Jerome Flynn and Adam Rothenberg were complete gentlemen while filming the scenes in which your character lies naked in the prison cell, what was it like to work with them and under such circumstances?

SARAH: They were indeed complete gentlemen the whole time while filming. I think in those circumstances they were more wary than I was. You just have to make sure that everyone is comfortable. Before filming I was of course asked if I was comfortable with being moved or hands being placed anywhere. Once they knew I was at ease it worked very well. 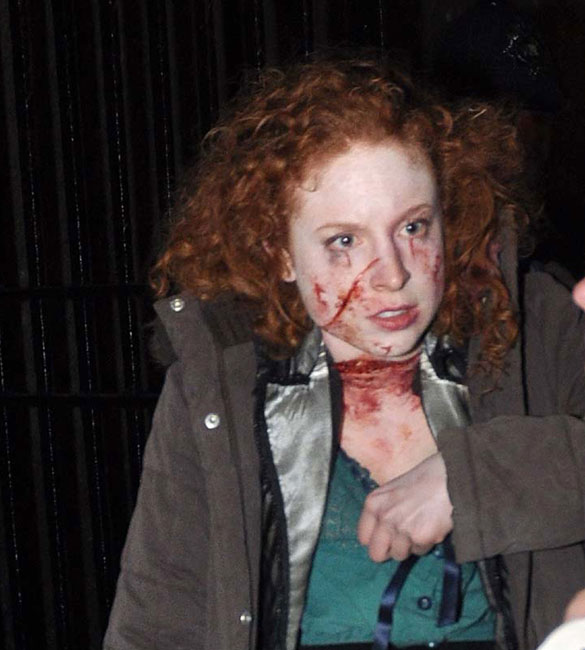 Just another girl’s night out in Whitechapel! Sarah on the set of ‘Ripper Street’

DAMIAN: The original Whitechapel murders occurred in 1888 and the first series of Ripper Street is set a year later, why do you think audiences continue to be fascinated with this grisly period of Victorian history?

SARAH: I think it is the fact that they were never solved. When you don’t get closure there is always continual fascination. People watch to see if they can find out anything else, if they can find any more pieces to the puzzle. And the spin that Ripper Street is taking is very exciting so it was bound to be popular.

DAMIAN: Following the broadcast of the first episode, there was some negative publicity from certain newspapers and websites regarding its alleged exploitative portrayal of women. The programme is set in Victorian London where it is estimated that there were up to 120,000 prostitutes working during the 1800s. Do you think that the show accurately portrayed those aspects of Victorian society and what was your reaction to the controversy?

SARAH: I don’t think that the show would be the same if all those aspects were not included. This was the reality of the time. If you are going to censor it then what is the point. I think that you are always going to get people who complain, when you put something on in a primetime slot. The overall response was one of positivity so I think that overshadows anything negative. 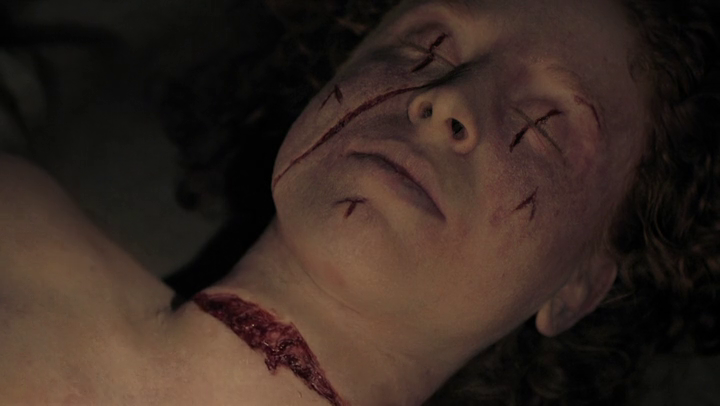 The horrific injuries eerily reminiscent of the Jack the Ripper murders

DAMIAN: Was there ever any concern as to whether or not to accept the part given the graphic nudity and violence involved?

SARAH: When I read the sides and went to meet the director, I knew that the production was going to high quality, so I didn’t have any concern. I don’t have any issues with nudity or violence if I think they are bringing along the storyline and for this piece of course they are necessary.

DAMIAN: In my previous interview with Mark Dexter (who was also in the first episode as the villainous Sir Arthur Donaldson) we talked about Sandra Gilbert and Susan Gubar’s work, The Madwoman in the Attic, the 1979 study which examines Victorian fiction from a feminist perspective and exploring the notion that female characters either embody the image of “angel” or ” monster”. Would Maude, and indeed other female characters depicted in the first series, including Long Susan (MyAnna Buring), Rose Erskine (Charlene McKenna) and Emily Reid (Amanda Hale), fall into either of these two categories?

SARAH: I don’t think that any of the characters necessarily fit into either of those categories. I think that they have aspects of these characteristics but as Gilbert and Gubar say it is important to kill off both figures (angel and monster), as the characters are much more than that. As women in that era they had to be strong and resourceful and at the same time play the part of the innocent angel in some cases to get by. It is too easy to just lump characters into one or the other.

DAMIAN: Finally Sarah, in addition to the shocking scenes in the backstreets of Whitechapel and at the police station, we see your character in a number of crime scene photos which are juxtaposed with a framed portrait of Maude on Mr Thwaites’ desk in their home. This then leads to a touching subplot and back story for your character in which we learn Maude was saved from, and then forced back into prostitution by Mr Thwaites’ financial difficulties. To what extent do you think this subplot reveals the hypocrisy and contradictory nature of the Victorian gentleman?

SARAH: I think that it is very revealing how women were treated and of the hypocrisy. Women had no other choice but to work the profession they did, and yes sometimes it was for their family and to support their husbands, and they were exploited and looked down upon when they had no other way out. I think the subplot is important in showing how gentlemen of the time saw their women and treated them.

DAMIAN: Thank you for sharing your memories of Ripper Street with our readers Sarah. 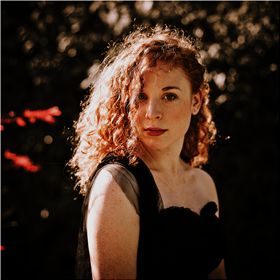 Sarah is represented by Rachael Power, managing director of the ADA (Actors Direct Associates) Agency currently representing artists from the UK and Ireland. ADA launched in July 2010 and has had great success with actors on both sides of the waters appearing high profile television programmes, commercials and documentaries.

My sincere thanks to Sarah and Rachael for this interview and I wish them both every success with their future projects.

If you are frustrated and disappointed by the BBC’s misguided decision to axe Ripper Street, please consider signing the petition below for a third series or one-off special so that the story and characters can reach the suitable conclusion that they deserve.

Watch it live and show the BBC the extent of their mistake in not renewing Ripper Street for a third series!