DAMIAN: Jona, it’s fantastic to catch up with you again – how are you?

JONA: So good to catch up with you too, Damian. All good with me thanks.

DAMIAN: You know, this is bizarre, last week I was doing an interview with Gillian Saker and now I’m interviewing you – another member of the RIPPER STREET cast who is now also appearing in ENDEAVOUR! It’s a small world isn’t it?

JONA: Yeah, it certainly is. As an actor you do find yourself crossing paths with the same people.

DAMIAN: We can’t not talk about RIPPER STREET while you’re here. You studied at the Guildhall School of Music and Drama and then you were cast in your first television role as fan-favourite PC Dick Hobbs. How did you get the part?

JONA: I miss playing Hobbs. I was half way through my final year at Guildhall, and had just signed with my agents – I think it was the first audition they put me up for and after a few recalls I found out I had landed the part. Filming started a couple of weeks later, so Guildhall kindly let me leave early! Big thanks to Kate Rhodes-James, who did the casting for RIPPER STREET. 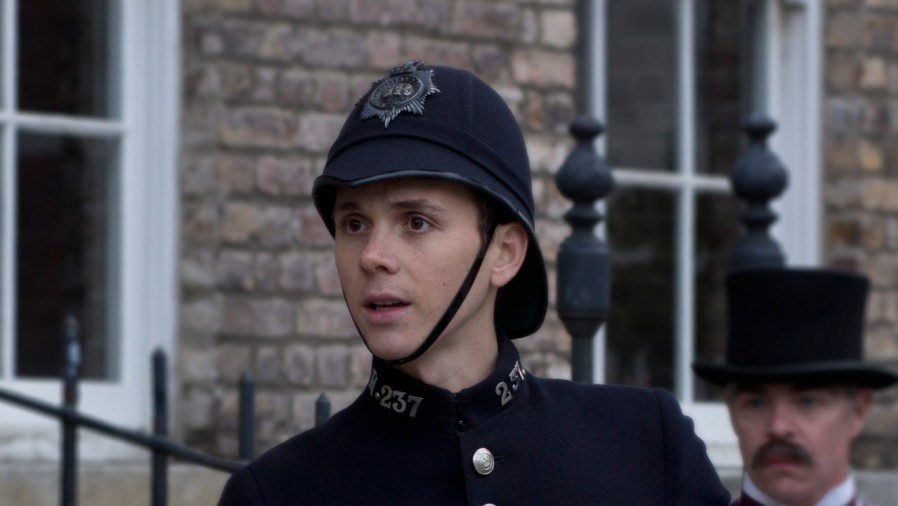 DAMIAN: The sets and costume were stunning, what was it like working on a show with such outstanding production values?

JONA: I really won’t forget it, the set was incredible; a work of art. When I first arrived on set I couldn’t believe it.

DAMIAN: You appeared alongside some pretty cool actors: Matthew Macfadyen, Jerome Flynn, Adam Rothenberg, MyAnna Buring, Charlene McKenna, and of course, the aforementioned Gillian Saker – not to mention some of the amazing guest stars including the great Anton Lesser, ENDEAVOUR’s Chief Superintendent Bright! Can you describe working with such a prestigious cast?

JONA: Well it was surreal to be honest, as one minute I was at drama school and the next I was filming RIPPER STREET. To work with those guys was so awesome, a dream, I just watched them and learned as much as I could. Everyone was real cool, and the atmosphere on set was lovely – Matthew, Adam, and Jerome set the tone perfectly. 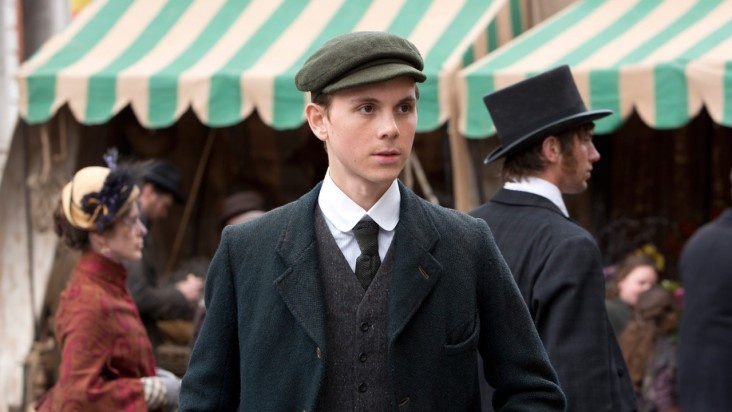 DAMIAN: Given your age at the time, did anyone in the cast or crew feel quite protective of you especially considering the grisly nature of the storylines?

JONA: Ha, I’m not sure, they all knew it was my first job, so they definitely looked after me  – which worked well for Hobbs, as he was starting a new job too so we all used that dynamic to our advantage!

DAMIAN: Now, as I mentioned, you were a hit with audiences and you really were a fan-favourite. So, your shocking death really did come as quite a surprise towards the end of the first series. How far ahead did you know about Dick Hobbs’ demise?

JONA: When I first got sent the script and auditioned, it said that the character was to be killed at the end of series one!

DAMIAN: You must have been disappointed?

JONA: Knowing from the word go made it easier, but of course, its always sad to see a character die –  I didn’t mind so much at first, as I was just getting to know Hobbs, but as filming progressed and the months went by, I started to get really attached to him. So by the end of filming, Hobbs was really a part of me.

DAMIAN: What was your last day of filming like wandering around the sets of Whitechapel for the very last time?

JONA: I think I spent my last day on set, lying naked in Captain Jackson’s dead room. I remember it was freezing in Dublin that day.

DAMIAN: So, RIPPER STREET, you’ve also appeared in MIDSOMER MURDERS, and now ENDEAVOUR – there’s a bit of a detective theme going on here isn’t there?

JONA: Ha ha yeah, now you mention it! My next project is very different, so that will mix things up a bit! 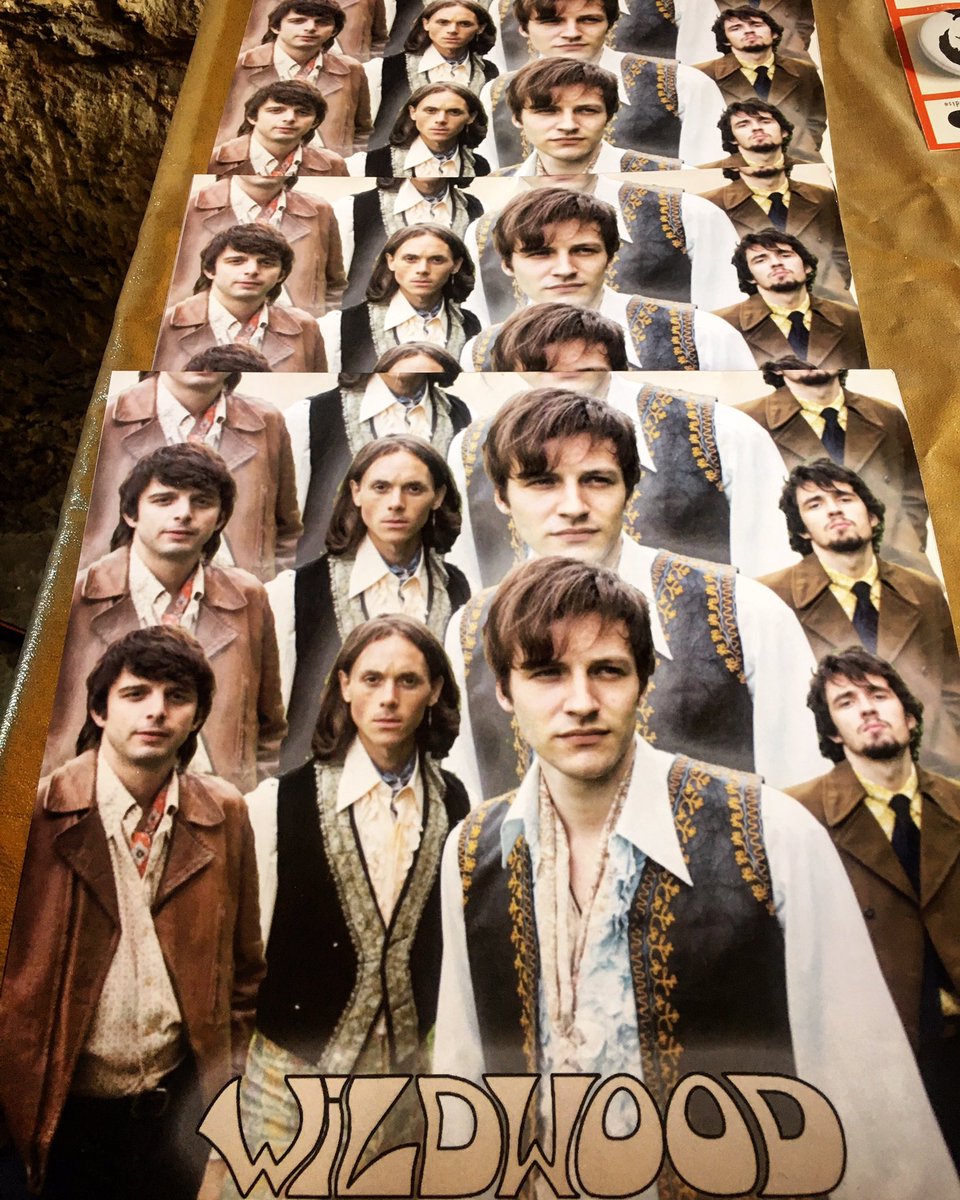 DAMIAN: Tell us about getting the part of Christopher Clark in tonight’s ENDEAVOUR film CANTICLE…

JONA: Well it was really last minute, I auditioned and two days later filming started. I had really long hair at the time, so that probably helped!

DAMIAN: You were shooting on location in Oxford during those hot days last July, but I didn’t see you performing during the big dance number, did you manage to get out of that?

JONA: Well luckily I didn’t have to dance… but did have to play the bass on that number.

DAMIAN: And they were some nice threads you were wearing…

JONA: Yeah the costumes were so cool on this job. I loved it, all the colours, it’s not often you get to wear that style of gear –  costume department nailed it, everyone looked awesome. 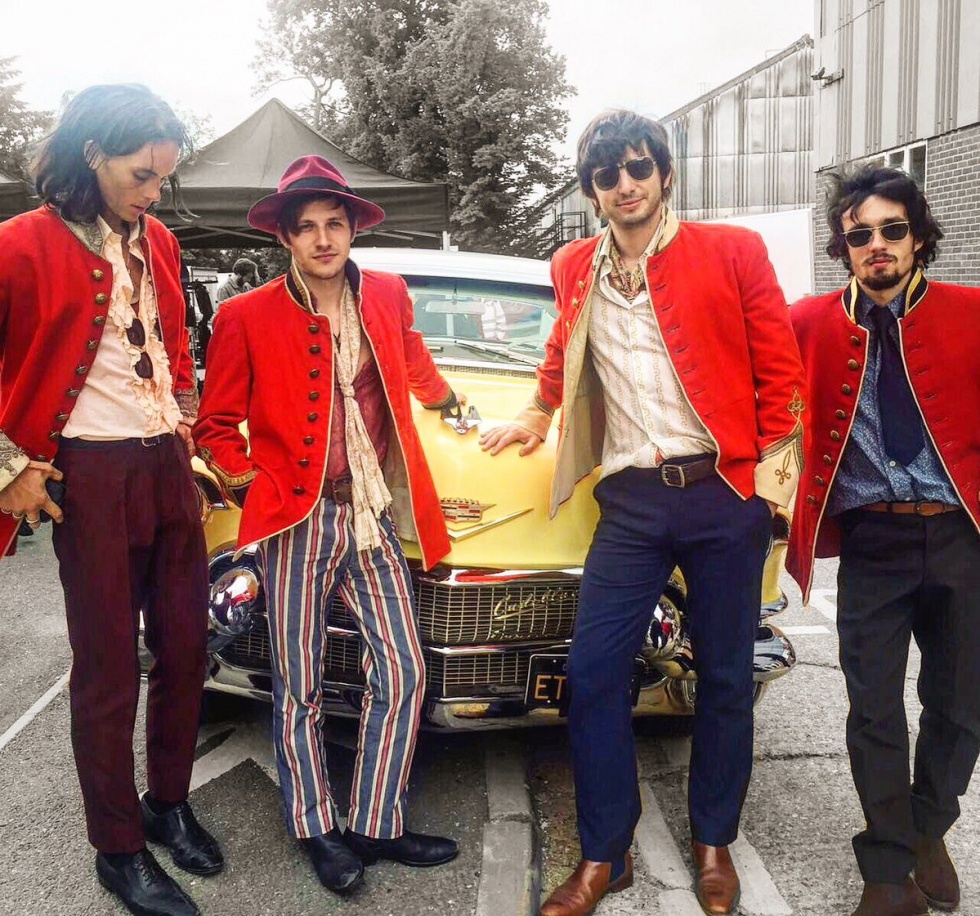 DAMIAN: What can you tell us about your character and tonight’s film?

JONA: Well I won’t give away much, but I play Christopher, who is the bass guitar player in the band ‘Wildwood’ … you’ll have to tune in to see how it all fits together!

DAMIAN: What can we look forward to seeing you in next?

JONA: I recently wrapped on a movie called LORDS OF CHAOS* directed by Jonas Akerlund, which is a true story about the Norwegian black metal band, ‘Mayhem’. I play the part of Necrobutcher, which was a real honour.  Check out the band’s story… it’s a crazy one!

DAMIAN: Thanks Jona, I wish you all the best and good luck with the movie.

JONA: Cheers Damian, appreciate it – thanks for getting in touch. Been great catching up. Hope you enjoy the episode tonight! Good luck with everything too.

* You can find more information about LORDS OF CHAOS on the following two links: 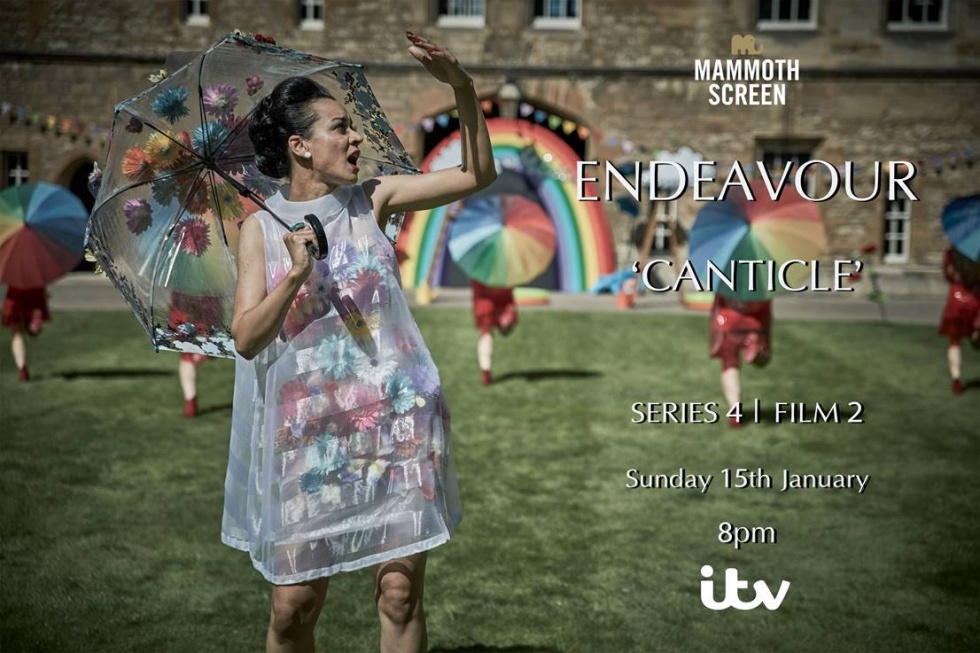