“You think you can hide from life and perhaps another man might… but not a man such as you, Bennet Drake. You believe yourself cursed. You are not. You believe you carry only pain into other people’s lives – you do not. Bennet, you brought love into mine. A love that is keener now than ever it was. You are a good man… I will say those words until the day I die. Bennet Drake is the best of men and this life, this world, will not let him sink from its surface.”

BOATS AGAINST THE CURRENT

DAMIAN: Rose refused to accept that Bennet Drake was cursed but he was ultimately proven to be right wasn’t he?

CHARLENE: I, with a very heavy heart have to say he was right. Rose the ever hopeful, refused to ever admit it could be true.

DAMIAN: You once told me in one of our previous interviews that to live in Rose’s head is to always have hope. Surely all her optimism has now gone forever?

CHARLENE: I don’t want to quell anyone’s hope by any means. But with everything Rose has been through from season one to the end, I’m not sure she can hold the eternal optimism she once had. She is definitely damaged beyond repair I think. It’s so sad.

DAMIAN: At what point did you learn that Drake was going to be killed off and what was your reaction?

CHARLENE: Me and Jerome both knew we were ready to leave the show, so thankfully they worked around us. But to know Jerome was being killed was heartbreaking. I think we represented an innocence and purity in the show (the characters I mean. Ha!) and to see that killed off certainly allowed a “realism”, a cynicism to descend on Whitechapel.

DAMIAN: Why did Jerome want to leave the show?

CHARLENE: There just comes a time when you feel you’re ready to move on. There were no dark motives or nothing sad behind it. Just life and time to leave the party and head home. 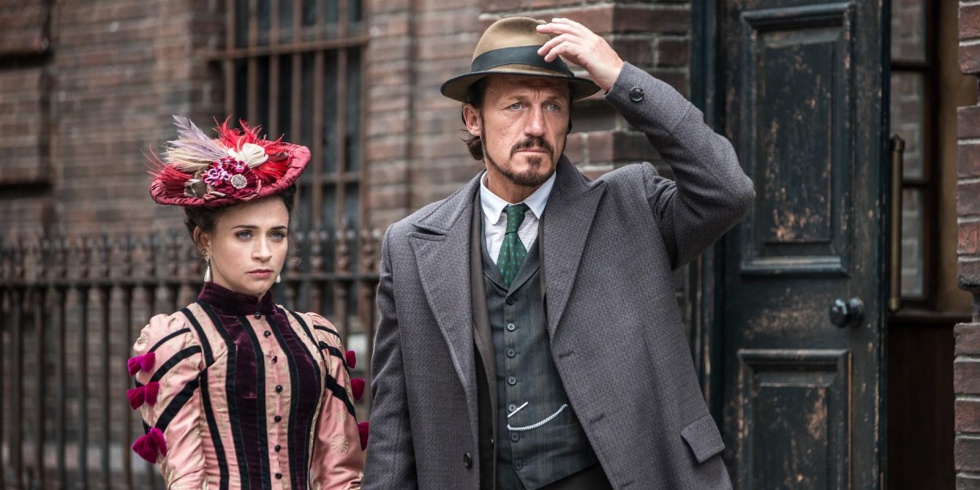 DAMIAN: Other than MyAnna, you must have spent most of your screen time with Jerome so what was it like to actually film your final scene together last series?

CHARLENE: Let’s just say. All Rose’s tears were Charlene’s tears as well, both for different reasons.

DAMIAN: As we’ve discussed before in our interviews, you and MyAnna have been close friends both on and off the screen. However, last series put something of a strain on their friendship. Are you happy with how Rose’s story arc and her relationship with Susan and other characters has been resolved as the series concludes?

CHARLENE: I love MyAnna. And we had so much fun working together. As far as Rose and Susan go, boy have we come a long way. It was a very mixed bag of emotions. It was so sad they deteriorated so badly as friends and ostensibly became enemies but as actors it was charmed.

DAMIAN: Can you tell me a little bit about your last day on set – were there tears?

CHARLENE: So. Many. Tears. MyAnna came for my last scene, she wasn’t even in that day, and she brought bubbles and we all hugged and cried and then went out and got rather drunk! 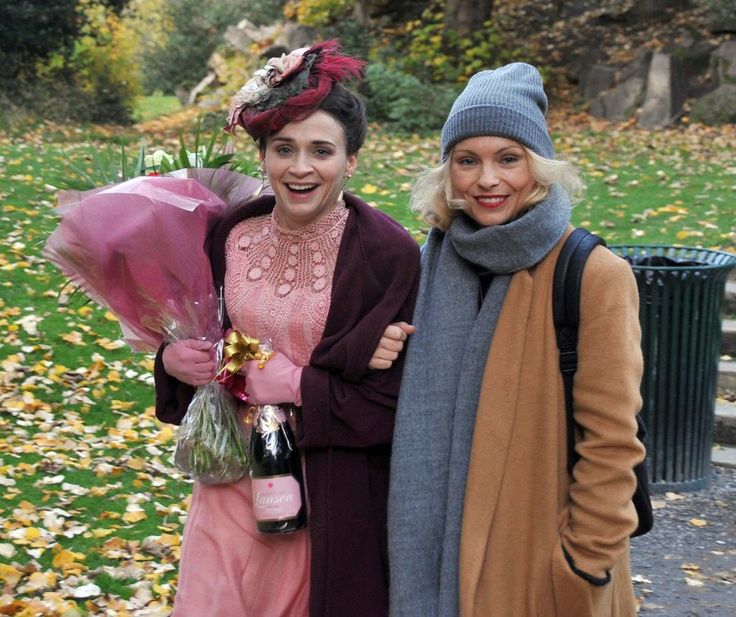 DAMIAN: And what about the wrap party – did everyone behave themselves? — I’m thinking specifically Adam and Toby!!

CHARLENE: Short answer? No! – what else would you want and expect?

DAMIAN: I like to imagine Rose disappearing to America and not been heard from again until she’s middle-aged and enjoying a life of opulence and decadence during the 1920s jazz age. You’ll be appearing in the Irish premiere of The Great Gatsby at the Gate Theatre in Dublin over the summer, who do you play?

CHARLENE: Awww what a sweet imagining. I’m not sure where Rose will end up. I hope her tough street background kicks in and she makes something work. Yes, in Gatsby I play Daisy. And I CANNOT wait. The concept for this show and the scale of it, is like nothing I’ve ever done before. It’s immense, intense and SO exciting!!!

DAMIAN: The production has been described as an immersive adaptation! What does this mean and should traditional theatregoers who like to sit in the audience sucking on a bag of wine gums be somewhat concerned?

CHARLENE: They should be willing to rip up the rule book! It’s wonderful. And a rare chance to get intimate with the actors and the text and be involved. The puritans may turn up their nose but I think they’ll be highly mistaken. It’s a beautiful heartbreaking story and a rare chance to see it up close and personal.

DAMIAN: The Gate Theatre website states that the audience are encouraged to wear 1920s attire and dancing shoes are mandatory! So, if I come along, I can’t sit down and eat wine gums, but I will have to dress like a dandy and dance all evening with a bunch of flappers?

CHARLENE: Yes!!! You’re mad about wine gums! We have lots of champagne, whiskey and gin bars and should you chose you can drink all throughout! And yes, dress your best. I mean you’ve got an invitation to Gatsby’s mansion why wouldn’t you want to look sharp?

DAMIAN: I won’t dance, don’t ask me – Merci beaucoup. As with Rose’s journey from Tenter Street to Blewett’s Theatre and music hall stardom, The Great Gatsby also explores issues surrounding inequalities in social and class mobility. And again, isn’t there also a sense of doomed or cursed relationships fighting alongside an optimistic desire to transform idealistic and possibly unrealistic or impractical dreams into reality?

CHARLENE: Yes but I mean Rose and Daisy couldn’t be more different. I think Rose is beyond courageous and a fighter and will always try to trump the odds. I think Daisy is spoiled and a coward. She has lived in a world without consequences. And even after she kills Myrtle she still retreats back into her money and never had to face it. Somewhere in her soul she has to live with that but as women they are a class apart. If you’ll excuse the pun!

DAMIAN: You’ve loved, laughed and cried both on and off the set but I wonder what will be among your most treasured memories from your time in Whitechapel?

CHARLENE: I have so many! So, so many. I will always be grateful to the Ripper Street cast and crew. The laughs on and off set. The gift of Rose Erskine/Drake. It changed my life forever and for the better. 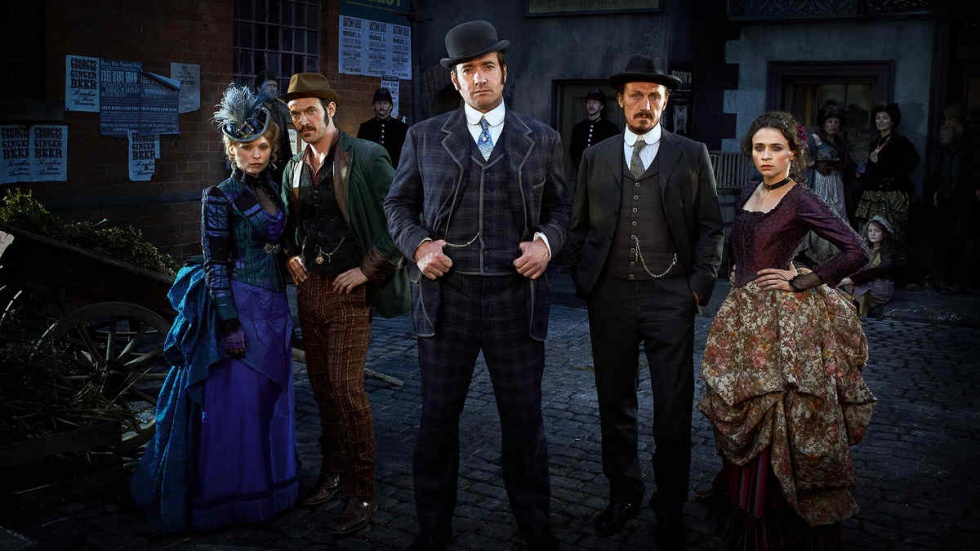 DAMIAN: Maybe there’s a young girl in Ireland reading this who is falling in love with the stage or screen for the first time. What advice would you give her in wanting to pursue acting?

CHARLENE: Acting is wonderful. And awful. And joyful. And tearful. And and and… it’s not all you think it is for better and for worse. If you want to do it. And you LOVE IT. Do it. Follow it to the end and don’t give up.

DAMIAN: You know, these interviews and this website, it all really started with Ripper Street. And, in the very beginning there was Mark Dexter, Toby, MyAnna and yourself who were kind enough to agree to being interviewed and help get me started. I will always be enormously grateful for that. Thanks so much Charlene and may you run fast in all your tomorrows.

CHARLENE: Damian, thank YOU!!! It’s been all our pleasures. Don’t be a stranger.

The Great Gatsby at the Gate Theatre, Dublin, Ireland 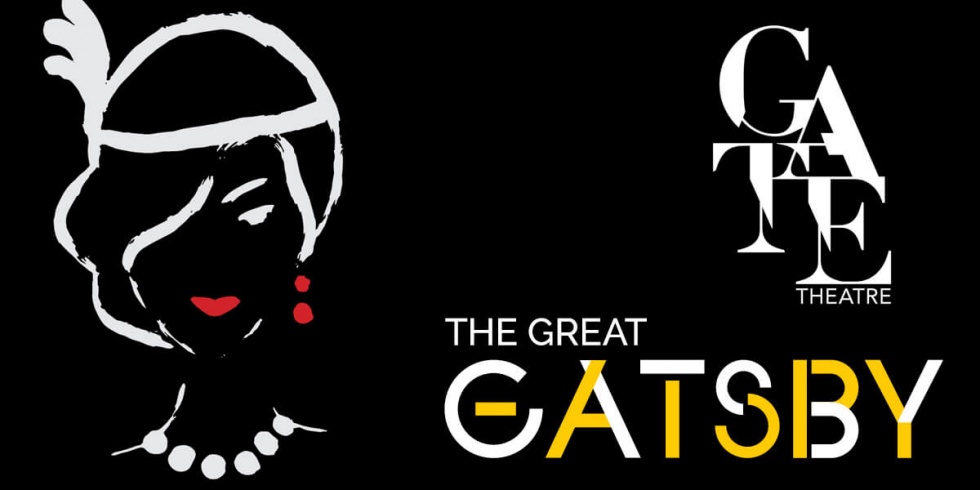 See link below for more details:

Click here for more information and to book tickets

The fifth and final series of Ripper Street will be broadcast on Monday nights at 9 on BBC2 with the entire series also available to purchase from amazon. I’ll bring the wine gums. 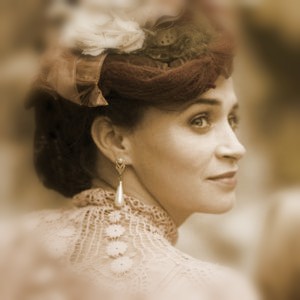