~ With thanks to Papageno ~

MORSE is the loneliest of men. However, despite numerous doomed relationships and tragic love affairs, often overshadowed by the ghosts of girlfriends past, he does have one constant companion which is his music. In addition to being a devoted listener of BBC Radio 3, BBC Radio 4 (although this is mainly to catch every episode of The Archers and the occasional Desert Island Discs) and Classic FM, Morse has an extensive library of LPs which highlight his many musical heroes including Wagner, Mozart, Puccini, Strauss, and not least Rosalind Calloway, to name but a few. 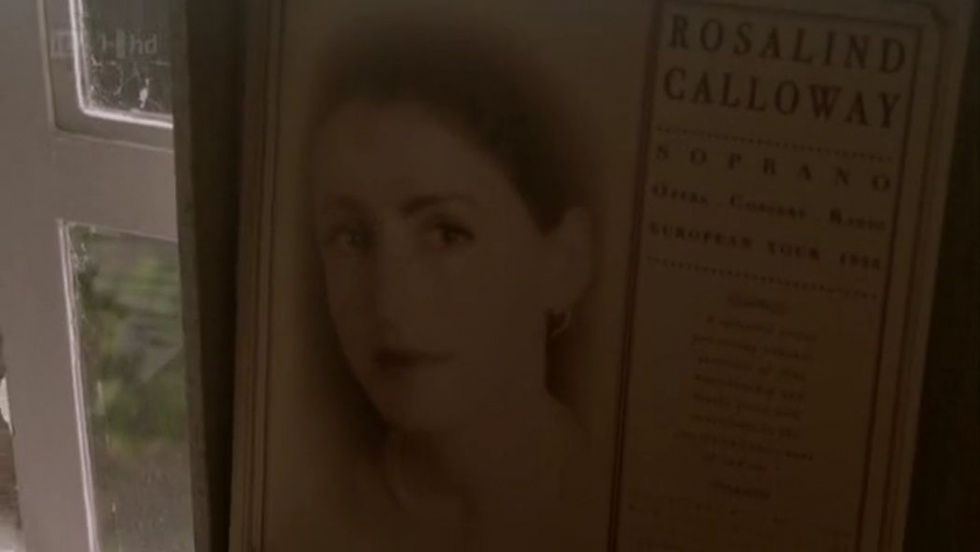 Since 1987 to the present day, music has featured so prolifically and prominently throughout the original Inspector Morse, Lewis and now Endeavour, that it is also inconceivable that every single note has been the responsibility of just one man. Indeed, in addition to composing all the original music for the three series, he has also arranged all the classical pieces and various “source music” that you hear in each and every film which are performed under his supervision. It is, therefore, a true honour to present this exclusive interview with one of my musical heroes, Mr Barrington Pheloung. 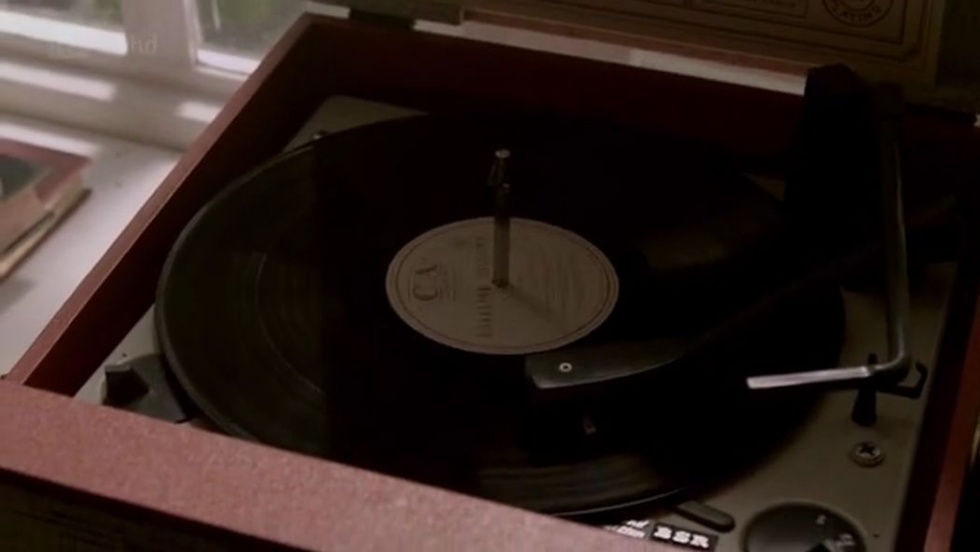 DAMIAN: Barrington, you were first approached to write the music for the original series back in 1985 and I believe your first brief was to compose a theme that epitomized Morse’s cultured and cryptic mind while simultaneously capturing his melancholy nature. You did this with one of the most memorable and iconic television themes of recent times, expressing various aspects of the character with music that is both beautiful and yet haunting. Can you describe the complex character of Morse?

BARRINGTON: Morse had an incredibly cryptic mind (as do I finishing off The Guardian crossword – only two to go) but Kenny McBain and Anthony Minghella who wrote the first screenplay wanted me to explore the complexity of this character. He loved cryptic crosswords and classical music and therefore he was very close to my character. 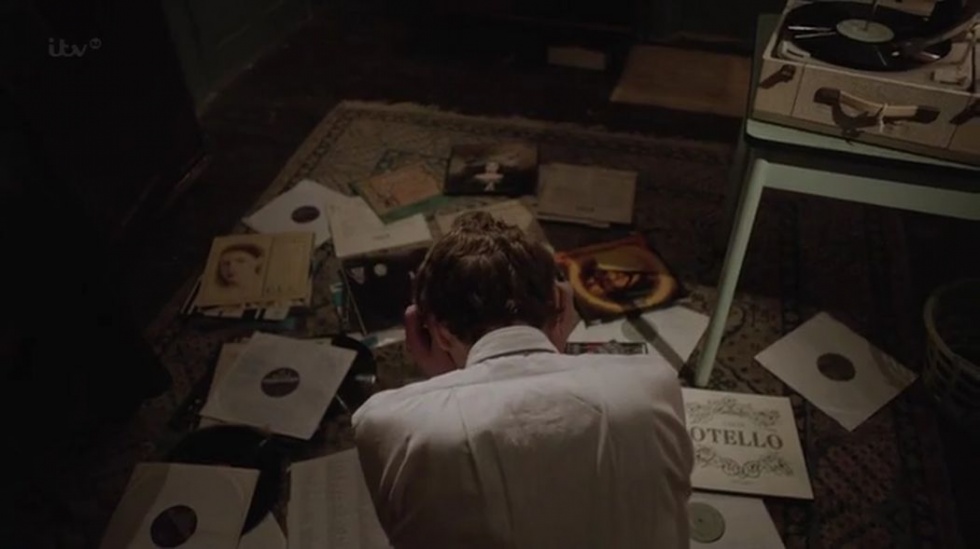 DAMIAN: For all his intelligence, Morse is rather inarticulate when is comes to communicating – especially with the fairer sex. To what extent would you agree that your music expresses the emotions and psychological makeup of Morse that are often implied rather than ever explicitly stated?

BARRINGTON: Less is always more. Morse is not inarticulate but slightly fumbling when it does come to his relationships with women.

DAMIAN: I hope you’ll forgive my lack of professionalism when I confess that I’m a huge fan of your work and own every Morse album that has ever been released. One of my favourites is The Passion of Morse, which in addition to the majestic Sinfonietta in Morse – The Morse Suite, also features some of your other work including Bach Sarabande, Cello Suite from Truly, Madly, Deeply, Bach Keyboard Concerto, Partita from The Politician’s Wife and Fantasia For the Little Prince. I really do recommend this album to both Morse completists and also those who might like an introduction to your other prolific work which has encompassed various film, television and theatre projects over the years. However, the main reason for highlighting this is because you mention in your sleeve notes for the album that some of the pieces, including the Morse track, are very personal and as much about you as they are about the film characters. Would it be too much of an intrusion to ask you to elaborate on this?

BARRINGTON: Every piece of music that I have written in my life has been based on my life and my own close family connections. Therefore I take this very seriously as an obligation. 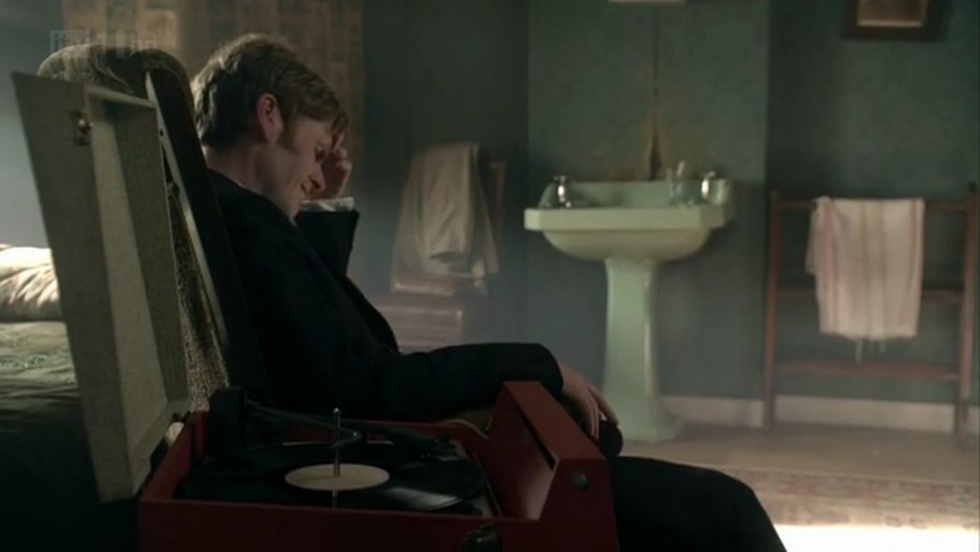 DAMIAN: You share more than a few of our favourite detective’s pastimes don’t you?

BARRINGTON: Yes I enjoy a pint at the pub and I certainly love chess and of course the cryptic crossword although Morse does The Times and I do The Guardian.

DAMIAN: Inspector Morse introduced the now familiar two-hour format for TV films and I’m wondering if it is true that the creative choices and stylistic features such as the use of slow camera pans were specifically designed to accommodate long sections of the beautiful music?

BARRINGTON: Our (Minghella and Kenny McBain) incentive was to try and produce a feature film rather than a television episode. Therefore, I was given much more scope to create longer sequences of music.

DAMIAN: You’ve said that you found it somewhat daunting when you were first asked to write the music for Lewis – why?

BARRINGTON: It was that I simply didn’t know where else to go. However, Kevin Whately’s character was so powerful and strong that I believed we had a new way to go and I even wrote him his own theme.

DAMIAN: The writer of Endeavour, Russell Lewis, seems to take an active interest in all aspects of production beyond simply writing the scripts. Obviously much of the music that is used frequently relates to certain plots and characters such as in First Bus to Woodstock (Un bel di from Puccini’s Madame Butterfly and the character of Rosalind Calloway) and Fugue (perhaps most notably the inclusion of Verdi’s Otello in finding clues to track down the serial killer, Dr. Daniel Cronyn aka Mason/Gull). I’m wondering at what point in the production do you become creatively involved and to what extent the musical choices are discussed with Russ?

BARRINGTON: Endeavour, Morse and Lewis has always been a subjective choice. Sometimes by directors, sometimes by producers and writers but ultimately I’m given the final choice and more often than not, these are the works that I have conducted many times before. 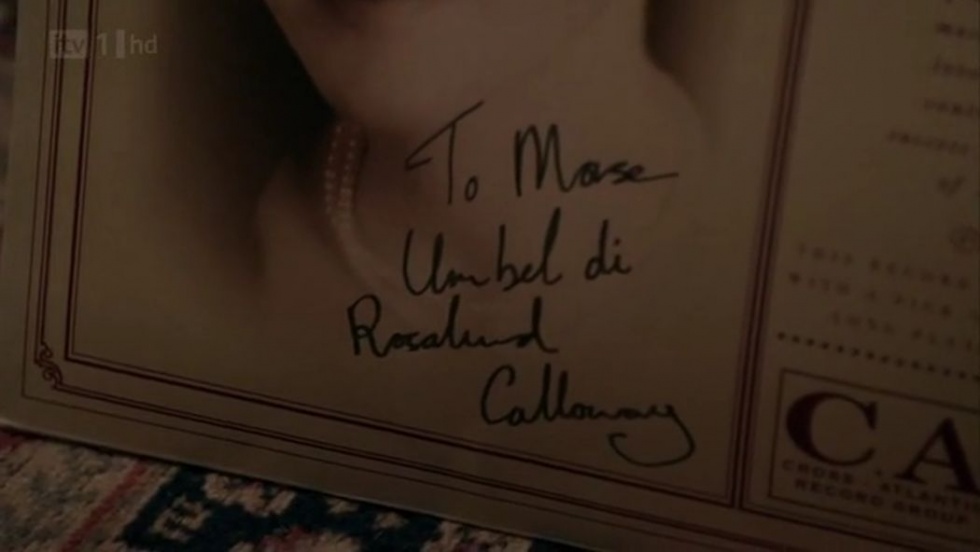 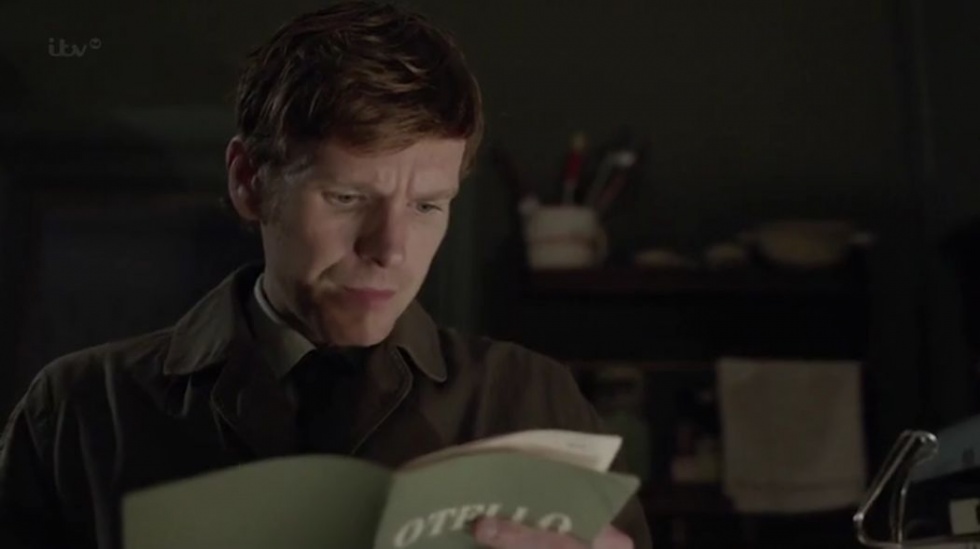 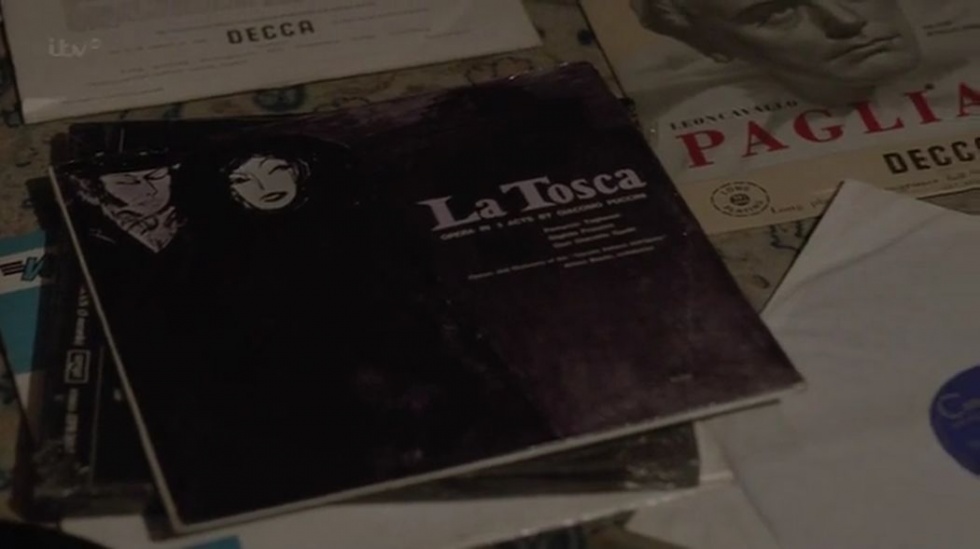 DAMIAN: Unlike much television and cinema, where the scores are often used to compensate for the lack of dramatic and emotional depth, your music is chosen carefully and selectively which results in a far more potent contribution to the overall meaning of both the story and its characters. For as much as audiences love and remember the soundtracks, the music is actually used rather sparingly isn’t it?

DAMIAN: Like Russ, you do enjoy to play rather cunning games with audiences in which you often tease us with various clues but also a few red herrings. Can you give us a few of your favourite examples?

BARRINGTON: On many occasions I have given red herrings in Morse code pertaining to the killer i.e. she did it – he did it.

DAMIAN: Although not as prolific as Colin Dexter’s cameos, you have also made a couple of appearances in the original series, how did this come about?

BARRINGTON: Indeed I have made many appearances on film because I was requested to be on set as the conductor/producer of the music and therefore I was just there.

DAMIAN: I can’t think of another composer who has written the music for a franchise with such longevity and you must be one of the few people to have worked on every single Inspector Morse, Lewis and Endeavour film. What’s the secret behind keeping the music fresh for both the audience and you as a composer?

BARRINGTON: Very simple, if I can’t think of an original theme or to keep a way to keep my music new then that will be time to give up.

DAMIAN: You did a concert at the Royal Festival Hall back in 1991. Is there a chance you might perform again in this country as I’m sure I’m not the only fan who would be thrilled to hear the Morse theme performed live?

BARRINGTON: I would love to as soon as I am asked.

DAMIAN: One final question. I must ask why, a man of your musical talent, is also running a lawn mower repair service?

BARRINGTON: I do indeed repair both my mowers here and in Australia where I have a 30 thousand hectare mountain however, I don’t repair anyone else’s mowers!

DAMIAN: If Russ is the brains behind young Morse, you are his heart and soul. Your music continues to enrich our understanding of the character and its been an absolute privilege to do this interview. Thank you very much indeed Barrington.

BARRINGTON: Thank you and may god bless.

Special thanks also to Amanda Street-Shipston of DNA Music Ltd.

For more information about the composer, please visit his website: 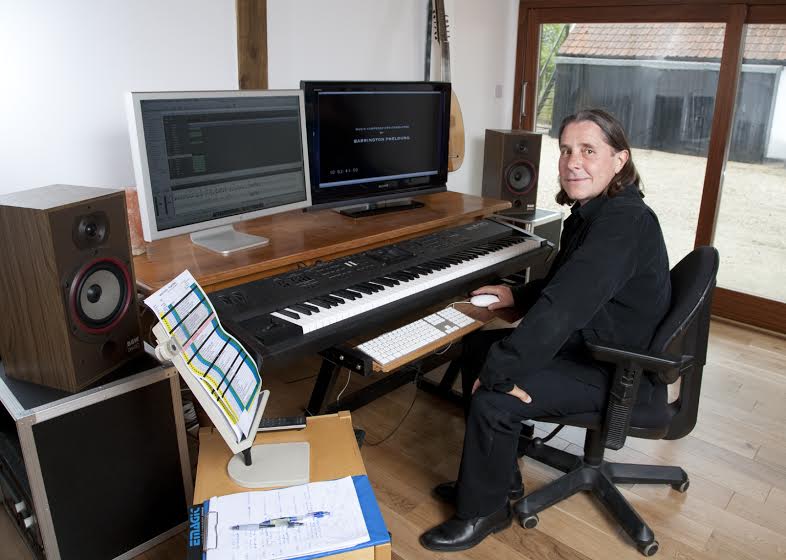